Estrogen- what is it?   Scientifically speaking, its a group of female hormones that is responsible for the development of breasts and other secondary sex characteristics in women.  Estrogen is produced by the ovaries in early puberty. Then, during pregnancy, other body tissues like the Corpus Lutuem take over production. After the earliest weeks of pregnancy, production is mostly taken over by the placenta. 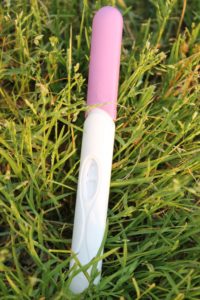 Estrogen increases steadily throughout pregnancy and is responsible for the growth of the placenta, and growth of important organs in the baby, including the kidneys, lungs and liver.  Throughout pregnancy, its been known to increase about 400x if the pregnancy is sustained to full term.

A mother has higher estrogen in her body during pregnancy than the rest of her adult life.

Estrogen also regulates progesterone, and these two hormones are often the most commonly known pair associated with pregnancy. They both help lactation and they trigger other maternal hormones to do their jobs.

Some known effects of estrogen on other areas of the body:

Obviously, Estrogen acts everywhere in the body, including the parts of the brain that control emotion.  Having “the baby blues” after childbirth is so common it’s considered normal. However, according to a Web MD article, “10% to 25% of women experience a major depression within the first six months after childbirth.
The abrupt drop in estrogen after delivery seems like the obvious culprit — but this link has never been proved.”
As professional postpartum and infant care specialists in addition to placenta processors– we help you make it through the rapid decline in estrogen post-baby that can cause some heavy feelings and big emotions.

What has estrogen done for you lately?