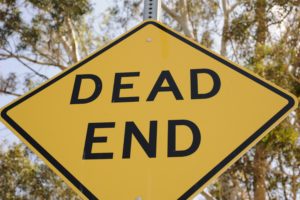 What if I am done having children?

Making a decision about post birth contraception is a normal part of the pregnancy and birth journey.

Permanent sterilization may be an option for those who are considered to be completely finished building their families, or those who choose not to birth any children.

This may be the easiest option for permanent birth control when a birthing person is having a cesarean. No additional surgery or anesthesia is required when done at the same time as the cesarean. For those who have a vaginal birth, a tubal ligation can be done the day after birth before discharge from the hospital. This option may require general anesthesia. For some patients an epidural may be used if already in place.

Unlike a tubal ligation, a vasectomy can often be performed in a doctor’s office or clinic. Using local anesthesia, the provider severs the vas deferens tubes that carry the sperm out of the penis. Many providers also burn or tie off the tubes as a part of the vasectomy procedure.

It can take up to three months for the semen to be sperm free, so sex after vasectomy should be protected with another birth control method. The healthcare provider (typically a Urologist) will ask for a semen sample a few weeks or months after the procedure and test to make sure no live sperm are found in the sample. In order to avoid pregnancy all vaginal sex should be protected until a clear sample is identified.

What else do you want to know?

Are there any particular methods we discussed in this series that appeal to you?

Do you have any questions about any of the methods we’ve covered?

Give us a shout-out in the comments with your thoughts.