In our last post, we discussed hormonal birth control  and all the risks and benefits that are associated with those methods.

Today, we will begin discussing the barrier methods of birth control which include the diaphragm, cervical cap, sponge, spermicide, and condoms. Barrier methods work by preventing the sperm from meeting the egg.

Some of these methods can be used alone, and others will need to be used in combination with each other to prevent pregnancy.

Spermicides come in many different forms. Creams, gels, films, and suppositories are all forms of spermicide that stop sperm in their tracks. But not dead in their tracks, which is why using Spermicide with another form of birth control is more effective at preventing pregnancy. The chemicals in spermicide prevent the sperm from swimming to the egg. In other words, it stops them from moving by removing their tails which propel them towards the egg.

Spermicides also create a film or barrier on the cervix to prevent the sperm from entering the cervix in search of an egg.

One of the risks when using spermicide alone is that it does not prevent against sexually transmitted infections. So, unless you are in a monogamous relationship, you should also be using barrier methods to prevent contracting an STI. 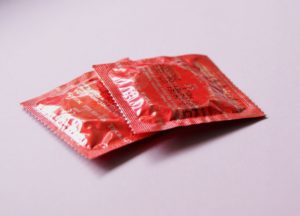 The most common and readily available barrier method are condoms. Condoms can be bought over the counter and are the only method of birth control that can also prevent sexually transmitted infections. Some condoms include spermicide, but not all. The potential disadvantages of using condoms is possible allergy, especially with latex condoms. If you have a history of latex allergy, choosing a non-latex polyurethane condom is a good alternative. While lambskin condoms are available, they do not prevent the transmission of sexually transmitted infections. On another note- condoms are very stretchy and can accommodate a variety of sizes, choosing not to wear one due to discomfort is not always accurate.

All three methods have the benefit of being methods that do not involve the use of hormones.

Diaphragms and cervical caps are small devices typically made out of rubber or soft silicone. Both are inserted into the vagina before intercourse and must be used with spermicide to prevent pregnancy. They can also be reused after a through cleaning, yay for reducing your carbon footprint!

The contraceptive sponge is made from soft plastic and is a one-time use form of contraception.

Because these methods are inserted deep into the vagina it is recommended that they not be used until the 6 week post-birth checkup and you have been cleared for sex by your medical care provider. This is due to the placenta sized wound that is healing inside of your uterus.

After each use the diaphragm should be washed with warm, soapy water and left to air dry. Optimal storage is in a clean, dry area, out of direct sunlight and away from extreme heat.

If you have been previously fitted for a diaphragm before pregnancy, it is necessary to have your provider check the fit after you have given birth. For some individuals a new size may be necessary.

While cervical caps are available at a pharmacy, your healthcare provider must determine the correct size and write a prescription in order for you to obtain one.

To use, remove the sponge from the wrapper and wet with tap water. Squeeze the sponge until suds form to activate the spermicide and insert the sponge while it is wet and foamy. Much like a cervical cap or diaphragm, the sponge is folded and inserted deep into the vagina and covers the cervix once in place.

The sponge does not protect against sexually transmitted infections.

The sponge does not require a prescription and can be purchased online and found at most drugstores.

If you found this installment helpful, please share with someone or leave us a comment, we love to hear your feedback!

The next post in this series will discuss the IUD, and why it may be the right choice for you. 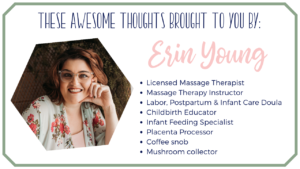